Today KUA was shipped from Linköping to the new owner in England. It was quite a lot of work to make this happen.

First of all we needed to move the wings, then engine cowling and the engine from our maintenance facility on the Saab side of the airfield. Furtunately the airfield is closed this week due to reconstruction of the runway. Therefore we cold take a short cut across the runway instead of the long route around the airfield. 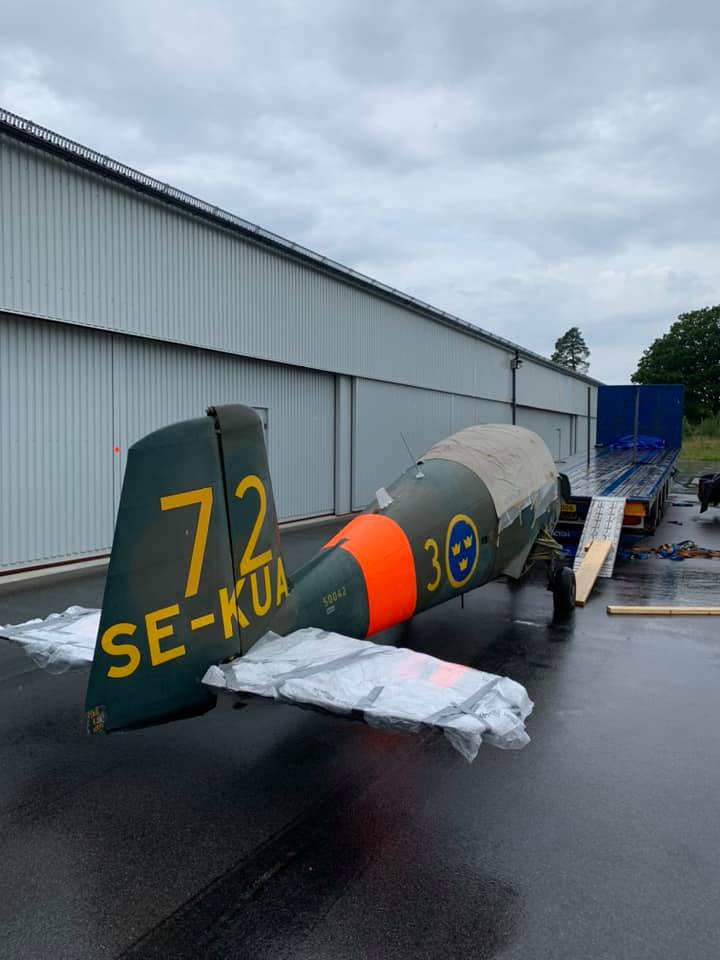 The work was momentarily stopped due to heavy rain. But when the rain ceased for a moment we could store the wings, the engine and the engine cowling beside the aircraft on top of the trailer.

The driver will now drive to Gothenburg and then take a ferry to England.

Hopefully the new owner in England will be able to restore KUA (or whatever KUA will be named in he English registry) to airworthy status. Today there is only one airworthy Safir flying in England. In a year or so there will be two! God Luck Nick!

The ”only” thing left to do now is to complete all the paperwork with the Swedish national registry Transportstyrelsen. It is easy to sell a car in Sweden, but selling an aircraft results in a lot of paperwork! We have not yet completed the paperwork on KUC/LAK.

MVFK will now focus on getting our Bulldog, SE-MEK up in the air again. The new engine is on its way from Germany. After the summer we will start working on our B-Safir SE-KUB. 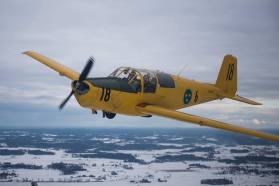 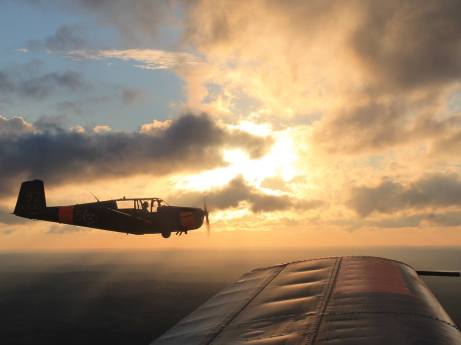